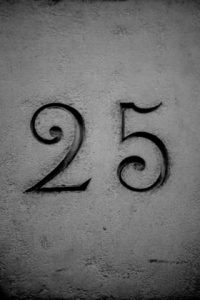 I don’t think I even knew what the Internet was 25 years ago.

I definitely didn’t know about the different types of law and legal information.

And I couldn’t have even imagined that up on the other end of the Appalachian Mountains in Ithaca, New York, two men would be embarking on a project that would eventually change my entire professional life.

Twenty-five years ago, I was a 16 year old kid on a farm in rural southern Ohio. When I wanted to know about something even slightly esoteric, I had to make note of it and then wait until the weekend when one of my parents could drive me the hour to the Cincinnati Public Library.  In addition to books and magazines and microfilm, they had what to me seemed like magic – the LexisNexis CD-ROM set of news and periodicals.   I felt like I was living in Disney World’s Tomorrowland when I could put a holographic disc into a machine and read about whatever was my obsession at the time.

Time passed and, perhaps unsurprisingly, I grew up to be a law librarian.  By this time I figured out what the Internet was and I had the various types of legal information sorted, but I didn’t really see the connection between the two.  After all, that’s why we had Westlaw and Lexis.

Then I had what could be called my “free law awakening.”

A confluence of events happened around 2008 that completely changed my professional trajectory and opened my eyes to the inequalities that happen around legal information.

Because of all of the above, I began to wonder why more state governments didn’t put their legal materials online for people to use and reuse.  After all, there were no copyright restrictions, since it was primary law.  And if I could put content up on the web, surely a state government could too.  It seemed so easy.  Take a case or statute or regulation.  Put it into HTML (or, heck, even a PDF would do).  Post it on the web and give everyone free access.  Done.

However, as I showed in 2016 (http://www.sarahglassmeyer.com/StateLegalInformation/), states are failing in this goal.  As they did during the print era, states often have decided to outsource their electronic legal publishing to commercial vendors.  These vendors in turn place usage restrictions – and sometimes even copyright! – on these laws, which admittedly does still allow for the regular public to access them, assuming that they’re not put off by the click through agreements.  However, they prevent the content of the law being republished by someone that would wish to build upon the primary law and make more useful secondary legal materials.  One of the less talked about benefits of free legal information is that when you give people access to the raw material of law, they can make some really cool things out of it.

Back to 2008.  It was around this time that I “met” Tom Bruce via Twitter.  Initially I liked him because I thought he was funny and interesting, but soon he began to challenge my librarian perceptions of what really matters in publishing Free Law.  No, the LII isn’t “official” or “authentic.” However, its openness allows for accuracy checks to occur.  They also have the infrastructure to support the heavy web traffic that can send the U.S. Supreme Court website crashing on important release days.

I also learned from Tom and the LII crew that publishing law isn’t as easy as I originally thought.  That doesn’t mean that they do it poorly or even less ably than commercial vendors. In fact, their site has some very beneficial add-ons and usability tricks that add tremendous value to the law and make it easier for the general public to understand.  Through their groundbreaking work and ingenuity, the LII has become the gold standard for what free legal publishing can be.

I have seen too many librarians let perfect be the enemy of good and not let themselves fully support free and open access to law, even though Pay Law is slowly killing their institutions.  Common complaints include no citators for case law, lack of authentication or officialness and little to no preservation. It doesn’t seem to matter that the current commercial sites are not authentic, official or preserved.  Or that government supported Terms of Service agreements are currently preventing open access to law practitioners from making tools like citators.  Unfortunately, there is a common misconception that things given away for free by “volunteers” do not have the same worth as something that costs ever more exorbitant rates.

Why does it matter?

Many people in the Free Law and Open Government space seem to come at the issue from the angle of transparency. The reasoning being that if people are to be governed by a democratic government, they need to have access to the workings of that government in order to be full participants in it.  I believe that, but I also have a slightly different tack to it.

If a person must rely upon their own wits in order to get government benefits, stay in their housing, litigate a divorce, navigate their business through government regulations or any of the other common access to justice needs of individuals, it is essential that they have easy access to correct and up to date legal information.  Unlike me at age 16, many of these people cannot take the time to go to a physical library.  Indeed, even if they could, they would be offered a dwindling print collection or maybe a sparse public access database.

The public needs to be able to access legal information on the open 24/7 Internet in an easy to navigate, mobile friendly way, since most people – especially lower income individuals – access the web via mobile devices. (https://techcrunch.com/2016/11/01/mobile-internet-use-passes-desktop-for-the-first-time-study-finds/) Primary law needs to be published without usage restrictions so that individuals and organizations can create useful adaptations and tools like encyclopedias and citators to assist self-represented individuals in their endeavors.

Twenty-five years ago Tom Bruce and Peter Martin started a revolution in legal publishing with the founding of the Legal Information Institute.  It is my hope that twenty-five years from now, with the seeds planted by Tom and Peter, a hundred (or more!) free legal information sites will bloom and new ways of looking at and using legal information will be developed and people will have great access and understanding of the law that governs them.

Editor’s note – This article is published with the permission of the author – first published on VoxPopuLII, Cornell University Law School, Legal Information Institute.