5 Legal Technologies You Thought Were Dead But Aren’t

“The more things change, the more they stay the same,” goes the epigram attributed to 19th century French writer Jean-Baptiste Alphonse Karr. I could not help but think of that as I reviewed the results 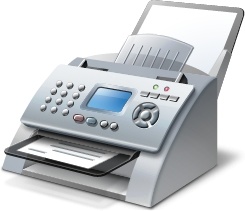 For all the development and innovation we have seen in legal technology in recent years, some legacy technologies stubbornly stick around. Here are five technologies that you might have thought were dead within law practice but that, according to the survey, are still being used by lawyers.

Never before have legal professionals had access to such a wealth of online research materials. From paid services to free ones, from established providers to innovative startups, we have an array of tools available to us for virtually any legal research task.

Even more surprising, when lawyers were asked the resource they turn to first when starting a research project, 7% answered print materials. This was only slightly behind the 10% who said they start with a bar-sponsored free research service such as Fastcase or Casemaker.

In the early days of what was then called computer-assisted legal research, when computers were slow and Internet connections even slower, legal research companies often delivered their materials to lawyers on CD-ROMs. But as online legal research flourished, research via CD-ROMs became all-but obsolete.

But the CD-ROM may be close to its last breath. Nearly half of lawyers (48%) say they never use CD-ROMs for legal research and 29% say they seldom do.

The fax machine is like that nagging cough that persists long after your flu symptoms have subsided. There is no rational explanation for why the legal profession continues to use the fax, and yet it does, in surprisingly large numbers.

According to the survey, more than three-quarters of firms (77%) still use the fax as a form of communications software. That number has not changed over the survey’s past three years and has actually gone up since the 2016 survey, when it was 70%. Among individual attorneys, 43% say they personally use the fax for law-related tasks.

In fairness, it appears that the bulk of those who are sending and receiving faxes are doing so via electronic fax software, with the most popular software brand being eFax, used by 57% of lawyers. The survey makes no mention of the legacy fax machines that were once ubiquitous in law offices, so it offers no insight into the extent to which they are still used.

It sometimes seems as if every lawyer has an iPhone, and the survey confirms this. When asked what smartphone they use, 79% answered iPhone and 18% answered Android. Two percent do not use a smartphone.

But a small sliver of loyalists sticks to a BlackBerry. According to the survey, BlackBerry remains the smartphone of choice for 1% of lawyers.

Another product that once dominated the legal market is WordPerfect. In the late 1980s and early 1990s, you would be hard-pressed to find a lawyer who was not using WordPerfect (at least among the lawyers who were using computers). But from the mid-1990s on, lawyers’ loyalty began to shift to Microsoft Office and Microsoft Word.

Aficionados will debate what caused WordPerfect’s demise. Some say it was Microsoft’s monopolistic tactics. Others blame it on WordPerfect’s failure to smoothly transition from DOS to Windows. Whatever the cause, Word is now the legal profession’s word processor of choice. According to the survey, 98% of lawyers say that Word is available to them at their firm.

In addition, when lawyers were asked what software they use for PDF creation, 14% answered WordPerfect — almost as many as use Power PDF (15%). The same percentage of lawyers said that they use WordPerfect as their redlining software, second to Word (86%) and ahead of CompareRite (10%).

Which, by the way, should be sixth on this list. LexisNexis retired CompareRite in 2002, yet 10% of lawyers still use it.

Some of us spend a lot of time talking about the law office of the future. But the Legal Technology Survey Report raises the specter of the law office of the past. Somewhere out there, a lawyer is picking up a book, sending off a fax, loading a CD-ROM, pecking keys on a BlackBerry, and rejoicing in WordPerfect’s much-vaunted Reveal Codes.

Editor’s Note – This article republished with permission of the author with first publication on Above the Law.