Can You Do That? Filing Amicus Curiae Briefs in Other Countries 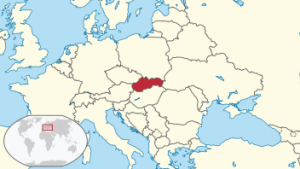 “I would like to see an amicus brief filed by Alliance Defending Freedom in Slovakia.”

Before I got this question, it had never even occurred to me that Americans might want to—or even could—file friend-of-the-court briefs in other countries’ courts.

In this case, Alliance Defending Freedom—a group vehemently opposed to marriage equality for same-sex couples—wanted to file a brief in the Constitutional Court of Slovakia, which in 2014 was about to consider a petition on a proposed referendum to define marriage as heterosexual only to bar same-sex couples from adopting children, among other questions. Over 400,000 Slovak citizens signed the petition supporting the referendum. Slovak President Andrej Kiska asked the Constitutional Court to review the measure because the country’s constitution forbids holding a referendum to change “fundamental rights and liberties.”

What struck me is that the Slovak legal system is a “continental” civil-law legal system in which only statutes are technically recognized as sources of law—not the kind of common-law system we have in the States. The judicial system is very different from ours; the courts of first instance have no juries, but rather “lay judges”—regular people who serve as judges alongside one professional judge. The Constitutional Court is a strange creature as well. Subject to standing requirements, it reviews the constitutionality of any legislation, among other things, but its jurisdiction is very selective. In this case, the President asked the Constitutional Court to evaluate whether holding a referendum on same-sex marriage would violate the Constitution. The Court eventually ruled that the referendum could proceed; however, the referendum failed to pass in 2015 due to low voter turnout.

The interesting question here from a legal research standpoint, though, is that amicus brief. The ADF sent it as a letter to the Chair of the Constitutional Court (predsedníčka Ústavného súdu Slovenskej republiky). The cover letter claims ADF has “special consultative status” (osobitný konzultačný status) at the Economic and the UN Social Council and “full accreditation” with the EU Fundamental Rights Agency, the European Union, and the Organization for Security and Co-operation in Europe. It also states that it has intervened in dozens of cases before the European Court of Human Rights.

To me, the form and addressee of the letter and the recitation of reasons why the court should take the attached brief under consideration indicated that they were not de rigeur in a civil law jurisdiction like Slovakia’s. I was curious, so I did a little research.

Amicus briefs have a history dating back to Roman Law, and while they are mostly a creature of common law jurisdictions—especially the United States—they make appearances in international adjudicatory bodies as well. This can be tricky, as many courts restrict participation in suits to parties only. However, the uptick in cases dealing with issues of broad interest—like human rights and environmental causes—means that more non-governmental organizations want to air their opinions in venues like the International Court of Justice, the European Court of Justice, the European Court of Human Rights, and the Inter-American Court of Human Rights. See Dinah Shelton, “The Participation of Nongovernmental Organizations in International Judicial Proceedings,” 88 Am. J. Int’l L. 611 (1994).

It is easy enough to research these amicus briefs—standard procedures for researching cases in the ICJ, the ECHR, and other major courts usually suffices. But what’s more interesting is the acceptance of amicus briefs—like ADF’s—in civil-law courts that do not traditionally accept them. As distinct from rapporteurs publics or Vertreter des öffentlichen Interesses, who have a long tradition in France and Germany respectively of providing neutral research to the courts, more civil law jurisdictions are warming to the American style of amicus—a person or organization very much interested in the overarching policy surrounding the dispute, but with no concrete stake in the outcome of the particular case.

NGOs helped blaze the trail for the acceptance of amicus briefs by courts that, unlike common-law tribunals, had not used them before. See Steven Kochevar, Comment, “Amici Curiae in Civil Law Jurisdictions,” 122 Yale L.J. 1653 (2013). Some courts, especially those in Latin America, have formally adopted rules and procedures for accepting amicus briefs. (That is good news for those of us who may be called upon to find them.) In antitrust cases, the European Union requires its member states’ national courts to accept the “written observations” of certain governmental authorities. Individual jurisdictions—for instance, France and Poland—have gone further, welcoming amici in cases on a wider range of subject matters.

Other courts, however, have no formal procedures for submitting amicus briefs—though that hasn’t stopped would-be amici from trying (and often succeeding). These briefs are more difficult to research, not only because they span such a wide ideological spectrum, but also because of the informality with which they are offered and accepted. Recall that the ADF’s brief was sent as a personal letter to the chief judge of the Constitutional Court of Slovakia.

The increasing influence of international law and the pressure to conform national standards to international ones (e.g., the EU’s practice) might, in part, explain why more civil-law jurisdictions are accepting these non-standard filings. Whether or not it is a salutary trend for NGOs to wield increasing influence upon national courts is a topic that inspires much debate and diversity of opinion. But to even get to the point of discussing the pros and cons, you need to find the briefs in the first place to know what you’re dealing with. Here are some strategies that have worked for me:

Editor’s Note: This article republished with permission of the author – with first publication on DipLawMatic.